Did you know that you can actually prevent most of the things that delay your tax refund?

Although numerous things have complicated this year’s tax filing season, the Internal Revenue Service reiterated that it issues nine out of 10 tax refunds within 21 days after you file a return.

However, some accountants say that four weeks might be a more realistic expectation — especially if you file your tax return closer to the deadline. 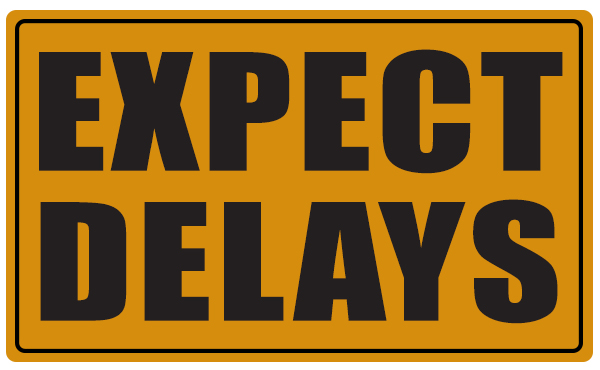 That said, the IRS’ workload has piled up this year due to losing work days during the two government shutdowns. Add to that the agency having to take additional steps to fortify security amid a heightened risk of fraudsters attempting to steal taxpayers’ refunds.

Further complicating things this season, the IRS has had to implement lots of changes to the tax code in a relatively short period of time, due to Tax Cuts and Jobs Act taking effect right away.  The new law ironically contributes to the agency being shorter staffed than ever due to budget cuts.

Fortunately, the IRS now has a tool on its website that lets you track the status of your refund if you input your Social Security number and the amount money you expect.

Meanwhile, certain kinds of tax returns take the agency longer than average to process. Here are 10 things that might delay the arrival of your tax return — if you have more than one of them, it will take even longer for you to get what you’re expecting.

1. You File by Paper

Submit your return via postal mail instead of electronically and you double the amount of time you might wait to get a reply, let alone a refund.  Not surprisingly, fewer than one in 10 taxpayers still file their tax returns via paper, the IRS says.

Filing electronically gets you a refund in half the time, and you don’t have to be a computer engineer to figure out how to do it either. If you work with an accountant, he or she will probably encourage you to enable e-filing. Should you do your own taxes, you can choose from a number of low-priced software options like TurboTax that will walk you through the process.

Similarly, only two out of five taxpayers don’t provide direct deposit information with their tax returns — keeping everything electronic gets you a return faster.

Although you have good reason to worry about security issues surrounding direct deposit amid this year’s tax refund scams, it’s actually more secure to go the direct deposit route. Refunds sent by paper mail can disappear either as a result of loss or theft.

3. Filing Too Early or Too Late

If you’re expecting a refund, you’re far likelier to have filed too early than to have done so too late (apparently, people who owe money tend to file at the last minute). This year, the IRS has said that it the earliest it can begin processing refunds is February 15.

On the other side of things, if you miss the tax deadline without first requesting an extension, well, of course you’re going to have to wait for that refund. If you think you’re going to have trouble getting your return in on time, submit form 4868 in time by April 15 and you will be automatically approved for a six-month extension. Note, however, that you might have some interest deducted from your refund simply because the agency does that for later timing.

If you don’t correct any mistakes in your return before sending it out, the IRS will eventually figure it out — but this may require some human intervention on the agency’s end of things, which slows down your refund.

Proofread and double check everything in your tax return — make that triple check where your direct deposit details are concerned, and every bit of math involved (either use an app that will correct your numbers or use a calculator, for crying out loud).

Make sure that every iteration of your Social Security number is correct, don’t leave anything blank that you’re not supposed to, and make sure you include every single piece of supporting documentation. 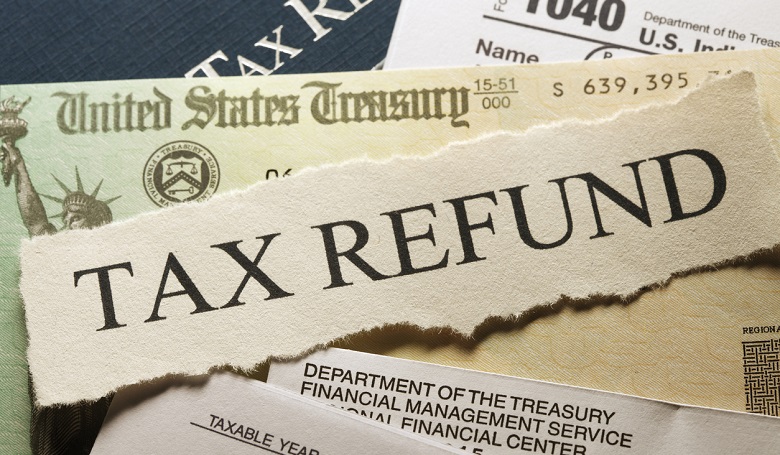 Whether it’s from a capital gain or a side hustle, resist the temptation to understate any source of money you had coming in.

If you’re lucky, the only consequence of this will be that the IRS deducts whatever you omitted from your refund. More likely: the agency will tack on interest to whatever it deducts — and possibly penalties. You might also become subjected to an audit anytime within the next couple of years. Save yourself the added headaches and ‘fess up all that you earned this year.

Even if you filed your tax return at the earliest possible date in January, claiming the Earned Income Tax Credit  delays your refund until after February 15. Then it takes the agency another two weeks to process the refund, meaning the earliest it can issue refunds for this is February 27.

By law, the IRS is allowed extra time to review returns that claim these credits, and this enables the agency to hold onto the entire refund. If in addition to this one you have any errors on your return, file by paper or don’t provide direct deposit information, plan on waiting another few weeks.

But don’t let hastiness make you skip claiming this one if you are entitled to it — last year, 28 million people claimed this credit.

The same timetable applies to those who claim the Additional Child Tax Credit — this may affect 20 million people, based on the number of people who claimed it last year.

8. Going to Town on Schedule C

Chalk this one up to the overall trend of the new tax law making things extra difficult for the self-employed, but unfortunately itemizing expenses prompts additional scrutiny of your return. Any Schedule C that looks like it has too many expenses can take longer to process. Additionally, claiming a home office deduction may subject you to delays in processing time.

9. Filing an Amendment to Your Tax Return

The IRS says it takes up to 16 weeks to process refunds on amended tax returns — in other words, a return was filed and then an update to the return was subsequently submitted.

Long story short, it behooves you to file an accurate return the first time around so you don’t have to amend it. However, things do change and if any of the facts surrounding your tax return change (for example people who complete Schedule D listings of capital gains and losses can receive revised forms from their brokerages), you are still better off filing an amendment than letting an erroneous return sit at the agency.

Although this issue doesn’t appear on the official list of reasons for delays in processing tax refunds, elsewhere on the agency website, the IRS explains that it has the authority to deduct from refunds certain types of overdue debt balances, particularly ones owned to government entities or that involve a court judgment. These include past-due:

Assuming you’re aware that you might be overdue on any of the aforementioned types, don’t be surprised if the IRS takes more time to process your tax refund in order to deduct what you owe.

File Correctly and Be Patient

Just because the above factors can take longer for the IRS to process doesn’t mean you should forgo claiming things you’re entitled to only so you can speed things up. Just make sure your return is accurate and timely.

At the very least, try to file electronically and provide direct deposit information to make things easier for the IRS. These two things alone previously made it possible for the agency to issue refunds within two weeks, but that won’t happen this year.

Readers, have you filed your tax return yet — and what are your biggest concerns surrounding taxes this year? 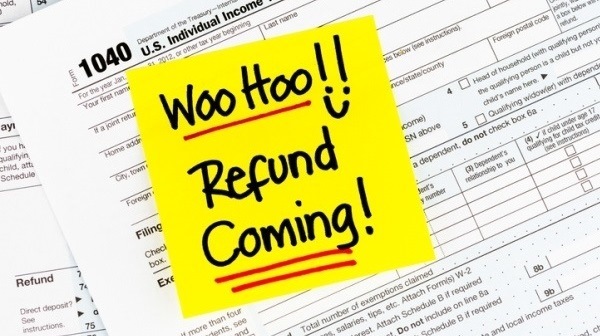