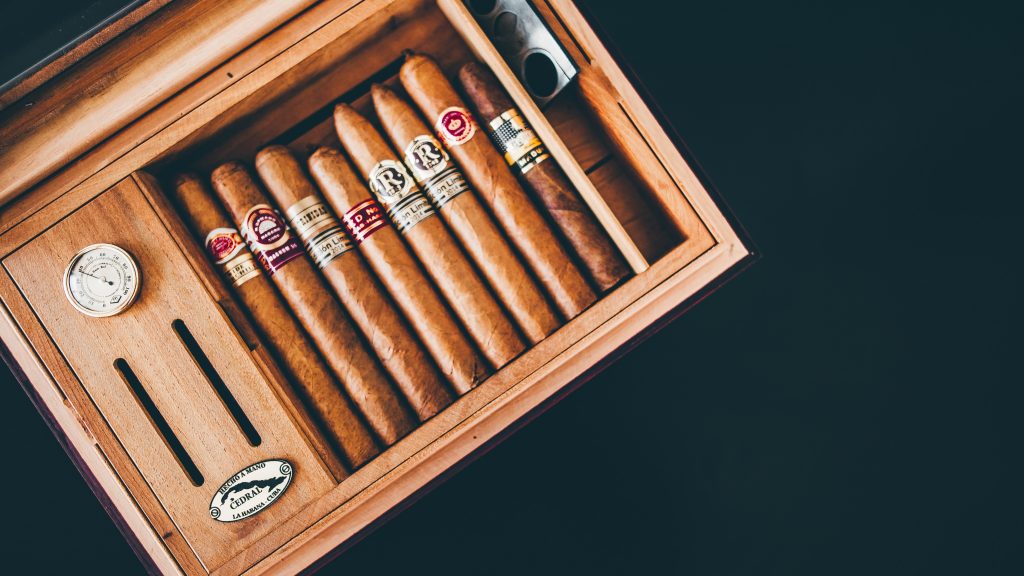 Cigars are iconic, although their mainstream presence tends to wax and wane depending on the whims of pop culture. Still, the cigar has managed to persevere through the years with a devoted fanbase as admirers come and go. When you think of cigars, you probably picture a hazy backroom with men huddled around a table playing poker, or archetypical television characters whose shtick includes a prominent cigar. But then, there are several unusual items to note about cigars that you may not know.

There have been many well-known figures over the years that have also been famous for their penchant for cigars. Winston Churchill was Prime Minister of the United Kingdom during World War II and was rarely seen without his trademark cigar. Occasionally, he would be forced to wear an oxygen mask when he flew in wartime, but he couldn’t bear to refrain from smoking. To sidestep the inconvenience, he had a mask custom-made to accommodate his cigar habit.

Mark Twain was a distinguished American author who also managed to be recognized for his body of work in equal measure as his ever-present cigar. Several quotes regarding cigars are attributed to Mark Twain that attest to his love for tobacco. There’s even a story that his ill-fated attempt to quit to appease his wife led to a serious episode of writer’s block that was only cured once he resumed his habit.

There’s archeological evidence of cigar smoking as early as the 10th century. Scholars point to a pot dating back to the ancient Mayan civilization that portrays a man smoking an early version of a cigar. Christopher Columbus and his crew learned how to smoke tobacco leaves from the native population in the New World. They are credited with bringing the practice back with them where it spread across Europe.

How many times have you used the phrase, “Close, but no cigar,” without really thinking about where it came from? It’s commonly used in situations when someone has come up just short, although the expression tends to be adopted in more light-hearted circumstances. Historians are unable to confirm its origins definitively, but most point to the early days of carnivals and fairs when cigars were given out as prizes. Those games were probably just as tricky back then as they are today, although the rewards have evolved to become more family-friendly.

The cigar industry has undoubtedly benefitted from the Internet boom, expanding cigar lore beyond the elite. Online businesses have popped up and thrived, although not without their challenges. For instance, the state of South Dakota doesn’t permit the online sale or shipment of cigars to its residents. Also, it tends to be a little more challenging to set up a tobacco merchant account with traditional payment processors because of the linkage with the tobacco industry, but some companies work with online cigar vendors to securely accept payments.

Cigars have become so enmeshed in history. There are countless factoids and stories you can reference from across the decades. In an environment where traditions are continually being scrutinized and toppled, cigars have managed to build on their rich narrative.