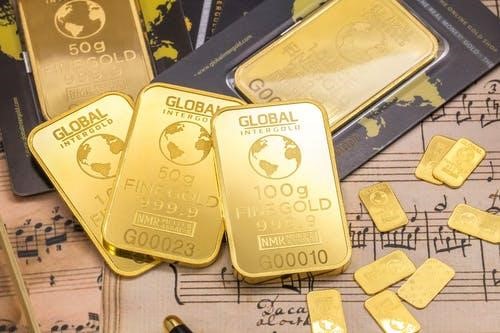 Many people believe that gold should be part of an investment portfolio. It is perceived as an essential component of a portfolio as it tends to hold its value better than many other types of assets.

Why Invest in Gold

Gold is respected throughout the world. It is considered as a reliable investment which, with time, has become easier for more people around the world to attain. Organizations such as Lear Capital makes it easy to buy gold in the form of coins, which can serve many purposes.

The US has experienced the longest economic recovery in history which raises many concerns over the incoming recession, an inevitable event in the economic cycle.

With rising debt bubbles fueled by speculation, increasing uncertainty looms over the global economy. Many assets are mispriced. Debt has increased significantly since the last financial crisis.

Reducing the Risks of Economic Downturn

Economic recoveries over the past few years have been the result of free money being created. This means that the underlying value of economic growth may be largely overstated in many cases.

The rate at which countries around the world devalue their currencies may, to a large extent, determine the price of gold. As currency wars intensify, gold may become more attractive as a hedge against risks of inflation

Gold rose to $869.75 per ounce as a result of the 2008 financial crisis. In 2011, its value rose further to $1,895 as worries loomed over the ability of the US to pay off its debt. This shows how gold is perceived as a safe haven for many during times of economic uncertainty.

Gold Vs. Other Assets

Many assets are considered as attractive because of the income they provide. Stocks, for example, may provide dividends. Gold, however, does not generate income. The factor that it does not generate income means that in many cases, it is harder to compare its price to its fundamental value.  In many cases, it costs money to hold gold. This is known as a negative carry cost. This makes it harder to calculate the fair value of gold. Since 1972, the average annual return of gold has been 7.2%. The S & P 500 has exhibited similar returns as well as dividends.

The scarcity of gold has a significant effect on its price. All the gold ever mined would fill 35 two-floor buses. It’s rarity and properties makes it a great alternative to fiat currencies which have undergone significant amounts of devaluation due in part to quantitative easing.

How Much Should You Allocate To Your HSA?
What You Need to Know Before Applying for a Small Business Loan