How much money do you need to earn to feel successful?

A recent Harris Poll study attempted to unveil the answer. Right around 5,500 men and women were surveyed and the numbers are all over the board.

Unlike former studies that showed that earning $75,000 a year will bring you the most happiness the Harris Poll didn’t match up.

Here are the findings.

The Magic Number – For Women

Not surprisingly the number for men and women was different, but not by much.

The consensus came in and 32 percent of women were happy making less than $50,000 per year. Another thirty one percent felt they would be happier earning $50k – $70k per year.

The Magic Number – For Men

Even though most women would be happy with a salary less than $50,000 per year only 18 percent of the men interviewed felt that way.

Here’s a look at the full results. 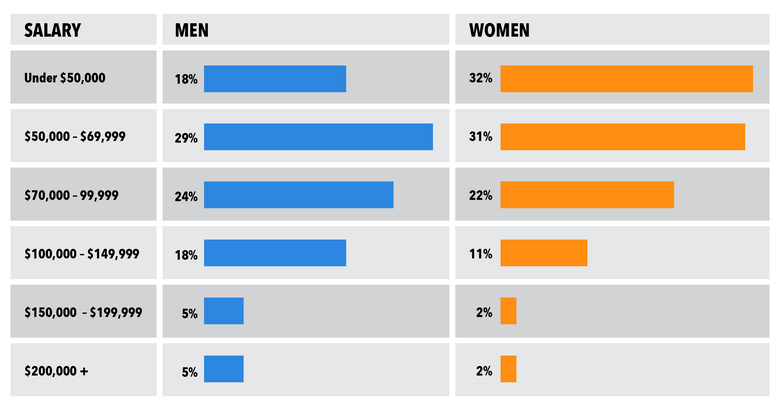 The Magic Number – For Me

I feel like this is such a hard question for many reasons.

First off the number is relative. It depends where you’re at income-wise now. I think as human beings we all strive to better ourselves. If we say that $50k will make us feel successful and we eventually reach that point that we’ll then need to make more money to feel that success.

Looking at it this way it would seem that the survey numbers could easily be skewed by polling men and women who currently make less than $50,000.

But if I had to answer now I think earning $40,000 a year would make me feel successful.

What about you? How much money do you need to feel successful? Or does it even matter?